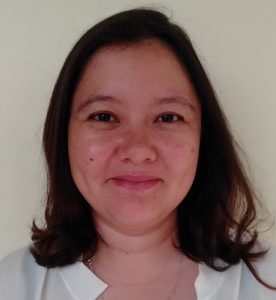 Hi! I am Adriana Hermann. My friends call me Ad, Adri, Ads, Yana, Beauty… really, I have a lot of nicknames. Hehe – and I’m open to having a new one. Anyway, I am half Filipino, half Swiss. I have been living here in the Philippines for 19 years.

I had my education here and haven’t visited the country I was born in (Switzerland) for a long time now. That’s right, I was born in Switzerland but since my mum is a Filipina, she and my father decided to settle here and send me to school at Silliman University. I started my education there but unfortunately we had an accident and we had to bring my father to Manila for surgery and treatment. Mum said they opened his head. Well I saw his scars near his ears on both sides.

That accident changed our lives. After my father’s operation and after surviving the ICU, we went back to Switzerland to continue my father’s medication there. And also because that’s what my other siblings wanted. Oh yes, I have siblings… a lot actually. Haha. See, my father had a wife before my mum. They had 10 children. Yes, 10! After that, my father had a relationship with a Filipina and he adopted her daughter. They separated and then he met my mum. 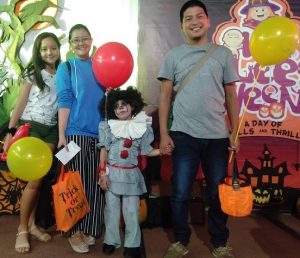 Okay so back to my story. So my mum decided to come back to the Philippines. It was year 2000 and since then we haven’t visited Switzerland. To make things short, my father only lived until I was 10 years old. My mother has a new partner and I now have 4 more siblings.

I had my education at Silliman University and I finished college with a Bachelor’s Degree in Business Administration Major in Management in 2013. After that I became pregnant. While I was pregnant, I helped my mum with her small bakery business in our barangay. I stopped helping her when I gave birth of course, to attend to my cute son 🙂 My boyfriend and I didn’t have jobs so we decided to sell iced candy to support our baby’s needs. After a few months my boyfriend found a job and his sister offered me to help her in her online job which was medical transcription. So I was a full time mum and was doing medical transcription at the same time. It was tiring, yes, but nothing that I can’t handle. 🙂

A few months later, my boyfriend quit his job because the pay was really low and they had crazy rules – so it was like he was just playing and most of his salary was spent on gasoline and meal expenses. In the same year, his sister went to Canada and I was left with her friend as our “boss” who later decided that he could handle all the files by himself and not need our help anymore. Luckily I was hired as a reliever in Robinsons and as an elevator operator 8pm-10pm every day.

After that I was hired as a secretary in the Engineering Department and worked there for 1 year and 2 months. At first I was pressured since I hate math. But since I did not give up, I survived the problems left by the previous secretary and it felt so good that I was able to handle it.

Okay this is too long already. Haha. Now I am looking for an online job so that I can be a full time mum and work at the same time since I don’t want to depend on my partner. By the way, he has a job now (thank God). 🙂 And I also want to learn new things and develop more skills.

For a copy of Adriana’s resume please click here.