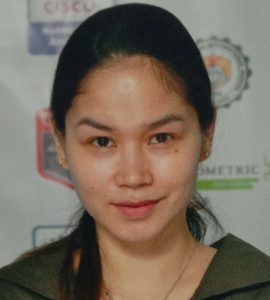 I am Joan Danae G. Ybañez (pardon me if I include my middle initial as this is how I acknowledge my mother’s maiden name), turning 38 years old in a couple of months. I am a mother of four, two biological daughters, and 2 stepchildren. I reside in Quezon City, Philippines.

I love working! Right after I graduated with a degree in Bachelor of Science in Hotel and Restaurant Management in April 2003, I looked for a job but with no luck. In September 2003, I was hired as a customer service representative in a cable company 3-4 hours drive from my house. That was my first job and I loved it! But after two years of working from them, I needed a bigger salary to help in our household.

In December 2005, I was hired as a (pioneer) online casino card dealer. The salary was quite good. But with no luck again, the company did not absorb me.

And so, I was again in customer service in a Logistic Company (Qatar Airways Cargo) for one year, and as a Bank Teller for two years.

In 2010, my husband was hired in Riyadh, Saudi Arabia and I was able to tag along. I found work after 3 months. Having a dependent visa, it is not easy to look for a job unless it is a school job. I became a test administrator for a Filipino School in the afternoon and a Teacher’s aide in a British school in the afternoon. I had two jobs, and I loved it! Then after months of waiting to hear from one of the prestigious hospitals in Riyadh, I got hired, as a Department Assistant then after a year I got promoted as Hospital Assistant II. It was all doing great when suddenly, a dependent of an expat was no longer allowed to work in a Hospital. 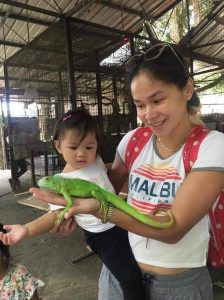 That was ok because at that time I also gave birth to my first biological child. But I got bored – don’t get me wrong! I love all my children but my body needed to work. After six months, I was lucky and was hired as a Secretary to the Elementary School Principal in American International School Riyadh.

Multi-tasking was not a problem as I am used to it… though having one Principal and Two Vice Principals was a handful. 🙂

I am quite keen on Google Chrome. I would not be keen on such without experience from Microsoft Word, Excel, and emails. From phone answering etiquette, email corresponding, scheduling, running errands – I’m good at it… not yet excellent, as I still have a lot to learn. At my age, I still love learning.

Now I am applying for a position as a virtual assistant. Time calls for it, with our businesses shut because of the pandemic. I hope you will give me a chance to prove that I am worth hiring.

For a copy of Joan’s resume please click here.