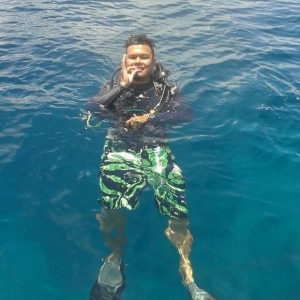 Hi, my name is Patrick. I was born in Pasay City but raised in Puerto Princesa City, Palawan.

My father left us for another family when I was 12. I had to be transferred from a private school to a public school just to make ends meet. I took up Mass Communications in college but was only able to do 2 years of it due to lack of financing. I’ve tried different schools from there whenever my mother could come up with the money. I took up several computer courses but I never got to finish any of them.

Since I’m also a drummer for a band, I did a lot of nightly gigs just to have a little bit of income. Then I was able to work in the most popular fast-food chain here in the Philippines. I was able to experience hard work as a kitchen crew. There, I was able to learn teamwork, efficiency, and being specific. For if you’re not specific with what you’re preparing, it will have a big impact on how the food will taste to the customer.

Then I got my girlfriend (now wife) pregnant, we were blessed with a baby boy. After giving birth, she continued her studies and was able to finish a Business course, while I worked at the local government and did some SCUBA diving work the in summer since I am a certified diver. Then we decided to try our luck in Manila in 2007. We were able to get jobs as a customer service representative for her and I was luckily hired as a technical support representative with the little knowledge I have about computers.

Since I was so persistent in being part of the industry, I worked harder than my teammates just to further learn how it works and how I can make a difference.

After just almost a year in my first call center job, I tried my skills with one of the largest computer manufacturers in the world, Dell Computers. And I was able to get hired. We support anything software related, viruses, installation, bug fixes, email, and all windows related errors. In just less than 6 months, I was moved to resolution expert to support the team by providing possible solutions and sometimes taking over the call. Within the same period, I was able to be a part of an indie band, doing our songs, recording, and doing gigs from time to time. After just a year, Dell was hit badly by the recession of 2009. Our site was bought out by Teleperformance.

Now at Teleperformance, it only kept the Dell account for another year, then I was moved to an Australian internet provider campaign. I became a supervisor at one point but most of my 5 years’ stay, I was part of the support team.

In 2015, I decided to go back home and tried working at a construction business. I was able to finish 4 school buildings from a government-funded project, as well as starting my own Music production and Events Company. We did events in support of the local music scene. But the construction business fell on hard times and I was not able to cope with the finances needed as the contract project grew and I had to quit to prevent further damage.

But my music and events production grew steadily. My goal is to provide good local musicians and have my hometown province be a Music Tourism destination as well. Presenting my festival ideas to local government units, seeking sponsors, reaching out to mainstream musicians, and finding connections just to further move my company and my goal closer to my vision. I single-handedly managed it for the last 2 years and now I have my own music label to continue to support the local music scene. 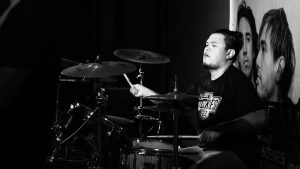 But with the ongoing pandemic, my music production and music label is on hold. With this, I took the advantage to learn and adapt to the situation. I studied SEO and how to become a VA, for I know with all my past work experiences, I will strive and work hard to be one of the best in this new Industry that I have entered.

I’m looking forward to assisting you with all of your online needs.

Thanks for taking the time to read my story.

For a copy of Patrick’s resume please click here.