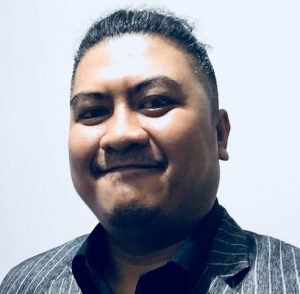 Valmight John “Bass” Valmonte is a highly skilled and experienced marketing and sales individual. He’s been doing sales and marketing for more than 4 years now. He has vast experience with handling and maintaining sales in several sales and marketing channels such as Online shops like Shopify, Online platforms like Amazon, Social Media Marketing, and offline and online marketing.

John graduated with a vocational degree in Computer Science at Cavite Computer Center in 2006. Years later, he pursued a career in the BPO industry. He started as a regular agent and managed to climb the ladder through the years and successfully reached the Operations Manager position in 6 years.

When John got married and started a family, he left the industry and managed to land a daytime job which involved marketing and sales. He was given a chance to undertake and finish an exclusive paid online training course by a well-known E-commerce guru, Ezra Firestone for Amazon Sales and Marketing tactics and mastery. John handled several Amazon brands and managed to up the sales through the marketing strategies he had learned.

Unfortunately, his client decided to move the project to India and layed-off all the Filipino staff, including John.

After several weeks of job searching, John managed to land a new job. Fortunately, his new client was also an Amazon seller. Because of John’s experience, he was assigned to be the Amazon Brand Manager or General Account Manager. Three years later, his client decided to change venture and introduced John as a consultant to his expat friend who owns a small family-owned IT Infrastructure services company. He was designated as the Head of Marketing and Sales (Client Acquisition and Lead Generation Expert). After several months, John managed to provide more leads and clients to the company – more than the company could handle! He was told that he will be on “on-call until further notice” ​status which was bad news for him because he would not earn anything due to the “no-work no-pay”​ policy.

Since then, John decided to start a very small custom audio cable service to gain extra income to sustain his family’s growing needs. John became an experienced and skilled individual in sales, marketing, and lead generation throughout his career. He was given high company positions as an acknowledgment of his skill set. Even though he experienced multiple struggles and trials with the companies he works with, he rose to the occasions and sought opportunities to learn and enhance his skills.

John makes sure that he will find a way on how to excel in his field of work and expertise, not just for him but also for the sake of his family.

For a copy of Valmight’s resume please click here.