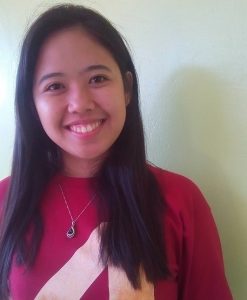 Hi! I’m Annjanete. You can call me Annj or AJ. I am blessed to come from a good family – me being the eldest of 3 siblings.

Let me share with you an interesting event – one of those moments that sort of define your life! It took place not long before I sat down to write this biography…

My family wanted to hang out together to celebrate a late Christmas and advanced New Year. So, we started travelling with no particular destination in mind. Along the way, my mother suggested a place and we agreed with enthusiasm, and headed there. The place was great. It has a great view of the city we live in, and offers activities such as paragliding, wall climbing and rope adventures. Among the three, my brothers and I chose to try the latter. Problems then came to mind…

I was wearing sandals and have a slight fear of heights. And… we were on a casual outing and I was wearing my most favourite comfy pairs of pants… you might have something like them – that piece of favourite clothing that you almost wear to death. Well, these pants had holes in them, and as Murphy’s Law would have it – one gaping hole right in the middle! I told my parents about my problems and after an amused but benevolent smile, they encouraged me not to let those issues stop me from experiencing a high rope adventure. So, buoyed up with this motivational speech, I took the plunge and continued – despite the likelihood of death by embarrassment if someone looked up and saw the holes in my pants!

Starting with rope climbing, I slowly raised my body and feet upwards (after a furtive look around and being cautious of not drawing attention to my pants). I progressed through most of the ropes course with ease but needed guidance on some of the tricky spots. I praised God for a responsive guide who instructed me and gave me assistance to cross the challenging section. When I was done I felt proud of myself because I was able to conquer both the adventure and my fear of heights… and… ummm… those other problems. Having said that, I am also aware that this success is not mine alone, but also for those who helped me along the journey.

College is a season in my life where I experienced many changes. My classes usually started at 7:30am and end late. It would take me about an hour to travel to school and an hour or more to return home. Since the commute ate up so much time, I had to wake early and prepare. Thanks to my supportive mother, I never missed my morning classes and arrived early than my classmates (except at times of unforeseen events such as traffic).

I had chosen Engineering as my course because I was blinded by the title and money I could receive. With the Engineering courses offered at my school, I had two options: chemical and industrial. I said to myself, “Okay, I want to try the road less taken.” So I chose chemical engineering – even though I had a very limited background in chemistry and science. I did well in the first semester as I adapted to a new environment and gained new friends. But in the second semester of the first year, I started to doubt that the course was fit for me.

A classmate then invited me to a Christian youth gathering called Elevate (formerly called JZone). I accepted his proposal as I thought the gathering would be interesting. The group was supportive and I found comfort in like-minded souls. I decided to continue my course and also be a part of Elevate. As I continued to attend Elevate, I connected with God and Jesus, which lead me to accept Jesus as my personal Lord and Saviour. In my early days as a Christian, I was tested by God in my relationship with my boyfriend of more than a year. The messages in Elevate and even in my Bible study group, talk about fixing our eyes on Jesus and discourage romantic relationships as it should not be a priority of students.

After much thought and soul-searching, I made a difficult decision. I followed the Lord’s will and separated from my boyfriend. I then focused my eyes on Jesus and on my studies. I passed two years in college with the Lord’s help but I was tested again in my third year.

The third year is often referred to as the “strainer” in engineering. It is the time of sieving students as the majors of the course are taken. I had a major subject in which I was having difficulties with. I was afraid to fail that subject because one major subject failure means one year extension in chemical engineering… and my fear became reality… I failed the subject and was devastated. Negative thoughts crowded my mind, but God surrounded me with His people and a loving family to support me.

I didn’t want to change courses because I was already midway through, and I always like to finish what I start. So I continued with chemical engineering. I had plans in mind: to graduate on March 2018, become a licensed engineer on November 2018 and find a job in December 2018. But God had a different plan with regards to the last two aims…

I know my limitations and I can say that the remaining three years of being able to stand and conquer the course were only possible because God allowed me to. I did graduate in March 2018. After graduation, a new chapter began, preparing and taking the board exam for licensure. It is said that the chemical engineering licensure examination is one of the most difficult board exams to pass. Since the licensure was held in Cebu, I stayed there for 6 months.

It was the first time that I was away from home for a long time and lived in a boarding house with my co-takers. I also met new friends that helped me adjust to the city.

I attended classes from the review centre and adapted to my new environment. As I reviewed and prepared for the board, I never forgot to pray, read and listen to the word of God. Then the three-day examination finally came. As I took the exams, God answered my prayers. I was not afraid to take the exam! My hands were dry while I was taking the exam (one of my weaknesses is that I get sweaty hands when I feel nervous or anxious). I was also healthy and alert. After the examination, I travelled to my grandmother’s place with my mother and brother. There, I waited for the results…

As an eldest daughter, expectations are very high: they want me to become a licensed engineer, find a job, and help in supporting the family. I was pressured all the more because I had delayed in fulfilling their request as my studies were extended by the year. So, part of my prayers to God was not just for me but also for my family to have acceptance in their hearts as to whatever the results would be. I turned off my phone on the day that the results came out. I turned it back on the next morning and saw messages of encouragement. I knew then that I hadn’t passed. I remembered that along the review, God has been preparing me to accept His plan for me. I was able to accept it but as soon I had conveyed the result to my father through the phone, I cried. My father said, “Stop crying, it is not worth crying for. Yes, you did fail but you can try again. Never give up.” I praised God that not just my heart but also my family had their hearts prepared for the worst case scenario. I was encouraged and thanked God for the result. I knew His plans are better than mine so I set my trust in Him. God reminded me that I was a winner despite the result. I was able to fulfil my promise to Him that I will take the exam by completely trusting Him and never tried to do things in my way.

Back in our hometown, I received a message from my friend wondering if I’m interested in applying to be a Virtual Assistant. It was a blessing from God. Without a plan B in mind, He opened up an opportunity for me to help my family even while preparing for the next licensure exam in May 2019. To be a VA is convenient for me as I can maximise my time to work and prepare for the exam without worrying about my time being consumed by travelling. I’m excited to start this chapter of my life and I hope you will be part of it.

For a copy of Annjanete’s resume please click here.