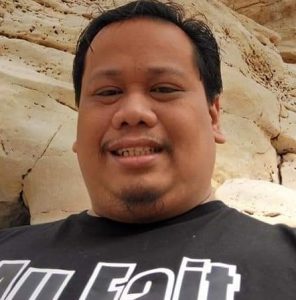 Hi! I am Daniel Delima, second of 3 siblings. My elder brother is a year older than me and my younger sister is a special child (she has Autism with Cerebral Palsy). My childhood was not filled with the usual happy memories. As a middle child, it was difficult for me to receive attention. When we were in Grade School, my elder brother got all the praise from my parents – actually not just my parents, but relatives as well. They were always in favour of him. He received all the compliments while I received criticism and oftentimes, I was blamed for things that I didn’t even do. I was constantly compared to my older brother. Why can’t I be as smart as him? Why can’t I be as well-behaved as him? And as those words were always thrown at me… they became a self-fulfilling prophecy – I thought, “Ok, let me be the bad boy!”

I lived and acted like the black sheep of the family. I was bullied in school because back then I was smaller than the other boys. But eventually I learned to fight back. I was often scolded by my teachers because of my involvement in fights with other students. Transferring from one school to another was also my hobby. My parents were often called by school administrators because of my academics. Like many children seeking attention, I felt like the only way I could get my parent’s attention was by doing bad things in school.

When I was in High School, my parents barely had time for us. My father worked at a large company, while my mother owned a bookkeeping company. They were very busy with work so we were left to do whatever we wanted. I often cut classes when I was in Senior High School. I often spent afternoons inside the internet cafe playing online games with my friends. My parents couldn’t cope with me so they decided to send me to my very strict grandmother in Davao City.

So I spent my last High School year in Davao with my grandmother. After my High School graduation, my parents asked me to go back to my hometown to study college. The first course I took was Bachelor of Science in Nursing, but later I decided to stop and study Bachelor of Science Mechanical Engineering in Cebu – one of the biggest cities in our country.

While I was in the Cebu, I met several kinds of people. I got to know their stories and I learned from them. In the same city, I met my wife. My life was changed drastically when I met her as she inspired me to persevere. In 2009, God gave us a healthy baby boy.

I was even more inspired to work harder. My wife and I had our church wedding in 2010 and that was my turning point to reach my goals and to have ambitions for my wife, my son, and for our family.

I worked at PASAR Corporation – the biggest company in our town as a Project Engineer. There I met people of other nationalities such as Australian and Chinese, but I grew closer to my Aussie friends as my wife also became their friend, and my son befriended their children.

After a year of working at PASAR, it was time for a challenge and I looked for greener pastures. I left my comfort zone to work abroad in Saudi Arabia as a Draftsman, Project Estimator and Sales Support Manager in a Steel Company. In my first 2 years, I was assigned to work in Jubail and then I spent another two years in Riyadh. On top of drafting, managing and estimating, my job also included inbound and outbound calls – taking calls from various clients and at the same time call potential clients for a project.

After 4 years of working so far from my family, I decided to return to the Philippines. That’s when I learned about being a Virtual Assistant and the enjoyment one can have from the job. My brother owns a BPO Company and he asked me to work for him since they were in need of a VA. I took the challenge. My job function includes data entry, answering queries of clients through email and phone calls, and calling clients with their billing concerns.

For a copy of Daniel’s resume please click here.