My friends call me Boboy and I don’t have the slightest idea how on God’s green Earth I got stuck with the nickname! Moving on, I always had a knack at tinkering, so, I decided to take a short course on troubleshooting Electronic Appliances and started up a repair shop after finishing the course. At first, it was quite lucrative but eventually, the customers coming-in started to dwindle as the number of electronic appliances needed service in our area and nearby communities tapered off.

To augment the lack of service repair opportunities, I opted to take another short course, and that was, troubleshooting airconditioning units which also includes the repair of refrigerators and car air-cons. This opened several more avenues to increase business opportunity and profit which also put my accounting skills to good use. But unfortunately, all good things must come to an end as they say. The emergence of similar repair shops to several areas where I also catered my services slowly cornered much of the traffic. In essence, business just went south.

All along, as I was pondering over my future, an acquaintance of mine got hold of me via Facebook and offered me a job as a Community Development Officer/Bookkeeper for a Non-Government Organisation he was managing, which I readily accepted. The experience was quite surreal, where, in some instances, we had to travel treacherous roads either by motorcycle or on foot just to get to our destination to conduct community engagement and assessment, but upon arriving at our destination, the sceneries were breathtaking and the people we got to interact with were hospitable and cooperative. All of a sudden, a corruption scandal involving a Non-Government Organisation and several local government 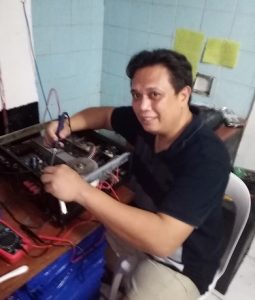 officials, congressmen and including senators rocked the very foundation of Philippine politics. This scandal prompted the government to cut ties with all local Non-Government Organisations.

Our organisational funds started to dry up and we were on the verge of closing when I got a heads up from a friend needing someone to manage their farm in Nueva Ecija. The first month was hard for me. I have to admit, I had to do a lot… I mean a lot of research just so I could keep up with everything. Then things started to get easy when the people that I was supposed to be handling including the community, selflessly guided me and offered their proven farming methods and techniques. But when the government liberalised the importation of rice, rice prices plummeted causing massive losses to farmers and traders alike.

Working as a Virtual Assistant is new to me but with all the skills and experiences that I have acquired through the years will be more than enough to meet any challenges that may arise.

I hope you had a good read. Cheers!

For a copy of Ronaldo’s resume please click here.