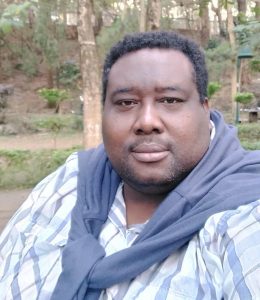 I am from Cemeroom, a French colony in central Africa, elder of a family of 7. My brothers and sister lives in the US, France and Cameroon while I choose to live in the Philippines.

I graduated in High school many years ago. I worked as a Chef after studying HRM for two years in my country. I graduated with a degree in Bachelor of Arts in French language. I worked in Cameroon, Switzerland and China as a chef and Executive Chef.

I left my country after 13 years to go to China because I love challenges. I was happy to work with the Chinese team until the government decided to pull out all foreigners before the Pekin Olympic games in 2008. It was during that time that I traveled to the Philippines, as per the advice of the Filipino waiters I was working with.

While living in the Philippines, I got married and became a father of 2 kids. I have worked in call centers as a Multilingual agent since I speak French. My task was Customer Service and I love to help and resolve people’s issues. From time to time, I do sales especially with Teleperformance where I was handling hotels and flight reservation.

It was a great opportunity for me to work here in the Philippines. I have learned to speak and write English without going to any language center. Yes that’s true and I am happy that I did it.

During my BPO career, I encountered a lot of challenges especially with American customers. After some few years, I became comfortable taking calls and replying to emails. In one of the call centers I woked with, I was a community manager for a Japanese game, and my customers were based in France and Canada.

After 11 years in the call center industry, I decided to open a restaurant in Angeles city PH, but I had to close it in the midst of the pandemic.

I am a sociable person, caring, hard working, and a decision maker. That’s me, Blaise Armand Ethy E.

For a copy of Blaise’s resume please click here.