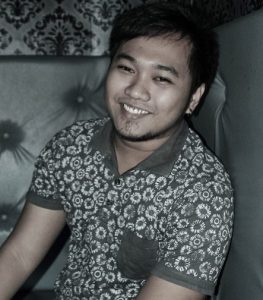 A little bit about myself…

I was born and raised in Cebu City, Philippines. Most of my friends call me “Papi Brad”. Brad is short for ‘brother’. I don’t remember when they all started calling me that nickname, but whenever my friends introduced me to someone, they gave my real name then said “You can call him Papi”. Next thing I know, everyone is calling me Papi and I just went with it.

We are a family of four and I’m the eldest. My parents met at work. Dad was an office clerk and my mum, a secretary. My sister still has a year left before college. I took up Bachelor of Science in Information and Communication Technology (ICT). My dad was a little disappointed because he wanted me to study Marine Engineering since I was good at swimming and computers. But I thought that wasn’t for me.

I was surrounded by computers when I was still a kid so that made me decide to study that course. And my best friend 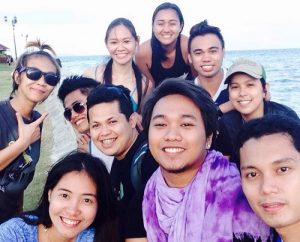 and I would spend most of our time playing with computers and tweaking them. We also watched a lot of sitcoms back in the day. Even when I was a child I would read books about computer hardware, I was “The I.T Guy” in our group even though I wasn’t in college yet at that time.

I started working in the BPO industry way back in 2011. My parents were very proud and excited when I told them I got hired. Even my sister got excited and gave me a list of things she wanted me to buy for her when I got my first salary! I started as a Customer Service Representative for an E-Commerce platform then after a few months of working, I was given the role of Subject Matter Expert by my Team Leader.

Even though this was my first company, I never felt scared or out of place because everyone was very supportive of me. My Team Lead and Coach would always give me an update when there was upcoming Leadership training. I have to say that all the knowledge I learned from my Team Lead, coaches, colleagues and from all the training has helped me a lot and allowed me to gain new skills.

After 4 years, a new opportunity came along. I got hired as an Inbound Sales / Customer Service Representative by TeleTech and the account was Telstra Corporation Limited. Telstra is an Australian telecommunications company which builds and operates telecommunications networks and markets voice, mobile, internet access, pay television and other products and services.

When I started, I was told that I was a part of a pioneering department since it just opened. So, I was training for this new department together with my Team Leader. To be honest, I didn’t know anything about selling when I started. I just listened to the trainers teach and I also did my own research when I got home. Whenever I got to work I always apply what I learned during training and my own research… and my sales grew.

I was the type of agent who wants to receive the sales and scores update on time, but my Team Leader was often busy since he also had a lot of tasks given to him. It was a new department after all. Seeing how busy he was, I just offered my help and asked him If I could do the updates instead. He accepted my offer and he trained me on how to get the scores from raw data.

After a few months of taking calls and selling, my supervisor endorsed me to a new role which was Subject Matter Expert where I helped out my fellow colleagues whenever they had a question about a product. Then I was again endorsed to another role which was Employee Engagement.

When I was endorsed for Employee Engagement, I have to say that this role was a lot different from what I was used to. My tasks included New Product Launches, Department Updates, Rewards and Recognition, Upcoming Company Events, etc.

Basically, anything that would affect an employee was part of my responsibility. Our supervisor would often tell us that our job was to make sure that employees would feel growth, satisfied, motivated and passionate about performing. A lot changed in me when I accepted this role and I can say I’ve learned a lot and gained even more new skills and become more confident in myself.

After a year and a few months, my previous boss contacted me. He said he was in the US working. He asked me if I have a computer and internet connection at home. When I told him yes, he asked me if I wanted to work part-time as a VA. I didn’t know what a VA was back then, but I had nothing else to do with my free time so I immediately accepted his offer and worked 4 hrs a day at home as a VA.

He taught me the basics and introduced me to a client who owns an Amazon Store and needed help. I told him my whole background and he accepted me right away. And that’s where my Homebased VA Career started.

Thank you for taking the time to read my story. Hope to hear from you soon.

For a copy of Russel’s resume please click here.