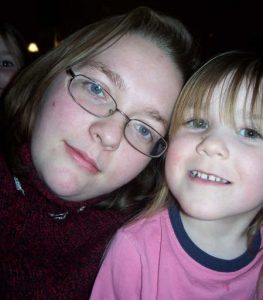 Hello, I am Shannon Luttrell.

I was born in a small town in Missouri, United States. I come from a very large family. I have four brothers and a sister, me being the second born and the eldest girl.

I went to Centerville Elementary School and went to high school at South Iron High in Annapolis, MO. During high school I was a member of several organisations. I participated in National Beta Club (a club to promote the ideals of academic achievement, character, leadership and service), Future Business Leaders of America (FBLA), Quiz Bowl and Art Club.

Later, I went to Mineral Area College, and obtained an Associates of Arts degree. As it was only a two year university course, I chose to continue my education at Central Methodist University where I earned a Bachelor of Science degree with an emphasis in Psychology and minor in Early Childhood Education. 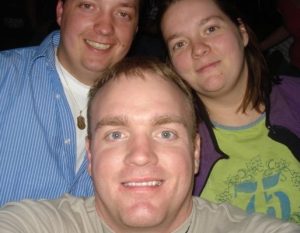 Throughout my time at the university I worked as a receptionist for a hospital’s clinic in Park Hills, MO. I enjoyed working with the doctors and the patients and was happy with where I was. Unfortunately fate decided that that was not where I needed to be at that point in my life. Our hospital was purchased by a corporation and they made an executive decision that the number of clinics would be downsized and staffs would be merged. After this I had several minimum wage positions while I was in search of a career in the field of my degree.

During this time I was also in a long distance relationship, with my now husband, who lived in Australia. We made a decision that I would go to spend a year with him there. I returned to the US after a year and spent time with my family. I also obtained a job working for the government through the Missouri Department of Social Services’ Children’s Division.

While working for Children’s Division I handled a case load of twenty-four cases. During this time I learned a lot about myself and what I am capable of doing. I genuinely enjoyed helping people and want them to succeed with their goals. I am capable of research, investigation, problem-solving, leading meetings and teamwork. When I took the position I knew I would be dealing with hard cases that most people would have trouble dealing with emotionally. I wanted the job because I wanted to help the children and because my family is important to me, I wanted to help with their family situations.

I quickly learned I was not just advocating for the children but for the parents as well. None of the parents on my case load wanted to be in the situation they were in and most had been through very severe situations beyond their control to get them there. One of my biggest accomplishments at the time was encouraging one of the mothers on my case load to speak up for herself. She honestly felt that what she said didn’t matter and that no one would listen to her or believe her. She was scared and she was shaking during the meeting but she listened to me and she became her biggest advocate and she learned that what she had to say mattered and counted for something.

I enjoyed my career. But I left it after I got married. My husband is in the Australian military and he loves his career. We decided that it would be easier for me to relocate. So I have been living in Australia for the past two years. Not long after I got here we got notice that he would be relocating for work. So I have been a housewife. I had decided that going into a similar career to Children’s Division here, though I enjoyed working with the families, would not be viable as with my husbands career may cause us to move around. I was introduced to the virtual assistant career from a friend and have been pursuing this career path.

My background in communication, clerical, organisation and management are strong with my past employment positions. In addition I have also built up writing, research and analysis skills throughout my educational history. I also obtained in depth knowledge on understanding human behaviours, emotions and motivations and I feel it will help me greatly in this career.

For a copy of Shannon’s resume please click here.