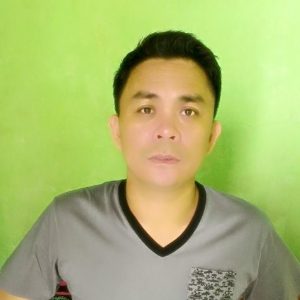 One cold night of October, 44 years a go, I was born to the loving parents Elizabeth Deyrit Ponteras and Reynaldo Ponteras, Sr.

I grew up in a friendly neighborhood of Balintawak Escalante City where I spent my elementary and high school years. Then I explored the city life when I took and finished my Bachelor’s Degree at the University of Negros Occidental-Recoletos, Bacolod City. I graduated with a degree in Bachelor of Science in Accountancy, and I was able to pass the CPA Licensure examination.

I worked as a freelance Bookkeeper/Auditor for almost 12 years. I was able to work in the government for almost 7 years, particularly in the Accounting and Treasurer’s offices.

Then I found a booming career in the BPO industry so I decided to jump on the band wagon back in 2012. I started out as a Technical Support / Sales Representative in Transcom Worldwide, Bacolod City, and spent 2 years there for Comcast Account. 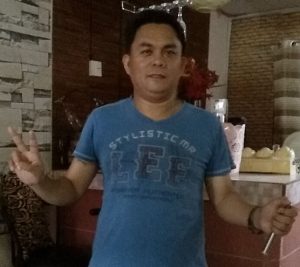 I received several recognition and awards being the Top Seller and Best in QA scores. But due to urgent family reason, we moved to Cebu and there, I started my new career at Outbounders, Cebu where I was an Appointment Setter for an Australian Solar Panel Account. I was given a recognition for hitting beyond the target. Unfortunately, the Account was closed after 1 year, so I decided to join Qwest BPO for a semi-home-based account. I was a Researcher / Appointment Setter / Sales Executive for Zumtobel Campaign. The main product of the campaign was lighting installations. It was one of the hardest campaigns I have been a part of to date, since I encountered a lot of challenges, rejections and discrimination. However, with my strong determination to succeed, I was able to generate good numbers. I stayed in the company for 9 months, only leaving because the family decided to move back to Bacolod City due to the death of my mother.

Back in Bacolod City, I worked in a home-based job being an Outbound Sales Agent for Call Center International (CCI). My job was to make outbound calls to the Filipino community in the US, to sell and promote NECC phone service (tied up with AT&T). It was a hard campaign too, but I was able to generate a lot of sales. After 6 months, the account was pulled out and we were informed to wait for the new campaign in the next 3 months.

Being a family man, I couldn’t stay jobless, even for a month since I have a family to feed and provide for. So I applied in Iqor-Bacolod and was hired as a Technical Support / Sales Rep for Sprint Account. Unfortunately, the sprint was pulled out from Iqor, but I was transferred to a different campaign named Amerimark Holdings. Our job was to assist customers in placing their orders online. We also helped customers with their disputes and complaints about their orders. All in all, I stayed in Iqor for 2 years. I loved my job and wanted to stay in the company longer, however, I had to give it up to prioritise my son since his nanny left to get married.

Spending time with my son and my family is very important to me. That’s why I decided to work home-based so I can spend time with them and earn to provide for their needs. I am hoping and praying that there is room for me in your team.

For a copy of Gerald’s resume please click here.