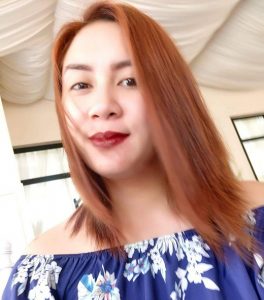 Hello! I’m Kriz Alethea A. Manalo, currently residing in a small Municipality in the Province of South Cotabato, Philippines.

I’m a graduate of Business Management Administration. However, I fell pregnant during my last year in College and was forced to stopped to give birth and finish my remaining year. It was hard to be a parent and a student at the same time. Though I have my parents who are helping me, without a partner who can support emotionally, it was difficult.

Looking for work was an eye-opener for me. I walked the streets of Davao, building after building, interview after interview and was rejected from time to time. It was not an easy experience, but I strove to improve and was able to get a job as an Appointment Setter Agent.

Working in the wee hours of the night was another challenge for me. It was exhausting – but fun. However, the small company had issues with its payroll. There was no pay-slip and we just got to sign in a log book for our pay roll. After a month of working for them, an opportunity came from another company. The pay was much better compared to my first company. 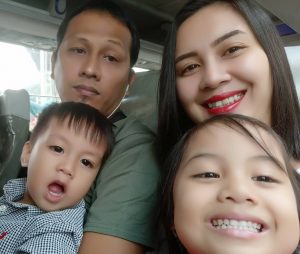 The interview was challenging but the mock calls were the worst. Worst, because they portray irate customers and I was shocked that I failed my mock call miserably. After a few days, I got another call from them informing me that I was considered for a position and was scheduled for training. It was a blessing as I had already resigned from my previous work. The training was fun. I got to make new friends, meet different people, and hear different stories. Since the account was a seasonal account it didn’t even last for a month and I was on the job hunt again.

While I was waiting for a call from one of the BPO Companies I had applied to and passed the interview, I worked as a waitress for my Aunt who owns a Chicken Resto in our home town. One day while working, I received a call that I was scheduled for training and needed to travel to Davao again. From my home town to Davao, it is almost a 6 hour bus ride. It broke my heart to leave again as I felt my son barely knew me. After I gave birth to him, it took me 3 months before we saw each other again as I had to finish my studies. When I started working, I barely got home because paid leaves were not easily given and must be applied for a month prior, and even then there was no assurance that it would be approved.

Despite the unwillingness to leave him again, I had to travel back to Davao to continue with my work. After a month of training, we were introduced to our respective Team Leads and team mates. It was a great experience but only for a week or two since the team would be dissolved and we would be introduced to a regular team. After a few months of working in the company, I fell pregnant and had to quit when I was in my 2nd trimester. Pregnancy was a bit crucial for me since I experienced pre-term labor and needed to be on a bed rest for the remainder of my pregnancy. While on rest, I decided to look for a work at home job and through referral, I was accepted as an ESL Tutor.

During a year of working as a Tutor, all I can say is, it’s not an easy job and there was an instance when my employer and I had a misunderstanding because of salary discrepancies. Then I decided that tutorial work was not for me. Since my 2nd child was already a year old, I decided to go back to my previous BPO Company. I was considered and accepted again and was trained again.

Unfortunately, the account faced a crucial matter and I was lucky that before the account was closed, I was one of the agents that was transferred to another account. I was saved from losing my job – but not my work partner. 🙁 However, the rumors of the new account came true that it would be closed despite it being one of the top performing sites.

Work from home is not always easy for starters like me. Everyday, I browsed different platform sites that would match my skills, but most of the work posted was totally new for me. Then I got lucky – a client decided to take a risk on me despite my limited knowledge. He believed in me and that I would learn and improve.

Fortunately, I am a fast-paced learner. I always strive to be the best in what I do. My family is my motivation for me to accept and overcome new challenges, whether it be in life or in work. I’m easy to work with and accept criticism – considering it an opportunity for me to improve. I’m looking forward to working with you and building a long-lasting client-VA relationship.

For a copy of Kriz Alethea’s resume please click here.