Hi, my name is Luijey. 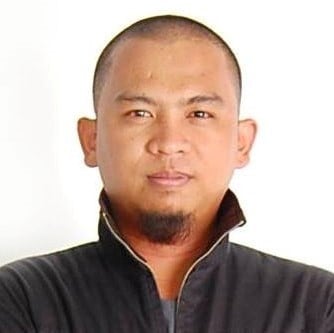 I grew up in a family less fortunate than other families but is filled with love. My dad is a humble mechanic and my mom is a housewife. Unlike kids of today, I grew up without the gadgets and devices that we enjoy today – but I would always say it is the best time of my life. I used to make my own toys which allowed me to be creative in every way.

I was one of the top students in the class during my primary and secondary years. And my knowledge wasn’t (and still isn’t!) limited to the things that are taught inside the classroom. I loved going to my dad’s workplace whenever I was free and learn bits and pieces of how he does things with his work. I guess you could say I’m a curious, eager and particularly observant person.

I am also someone who values honesty and trustworthiness. Even as a child, I loathed being cheated, tricked, or seeing someone being dishonest. I know that life isn’t always fair – but I hate it when I am taken advantage of, or see someone being cheated.

I am sports oriented. I play basketball, table tennis, volleyball, chess, and badminton well. Maybe the only downfall is that I don’t specialise in one particular sport!

When I was in college, I took up BS in Electronics and Communications Engineering but sadly, I was not able to graduate due to financial challenges. For a time, I felt so down about it and I slackened off with my studies. I tried looking for jobs to earn and save money so I could finish my studies and that’s where everything my dad taught me came in use. I had valuable experience with working on construction sites, in automotive shops, and as a waiter at a local restaurant.

Then I met the woman who was destined to be the most special person to me… my future wife. She was a graduating student at the time. For me, she was a star that I could never reach and all I could do is just look up. As they say, you’ll never know until you try… and so I did confess to her with all I’ve got how I felt about her. To my surprise, she did give me a chance!

After a year of pursuing her, she finally said yes! Things were going smoothly and then she fell pregnant. It was the biggest turning point in my life. I didn’t know what to do – but she just held on to my hand tightly, and I summed up the courage, and we moved in together. It was never easy as we didn’t receive any support from either of our parents. They were against our choices, but I would never give up my wife and child, no matter what. They are most precious to me, and I would willingly do anything for them.

A friend of mine then invited me to a free training session for some BPO companies. I didn’t know at first what it was all about – but I felt like something good was about to happen and so I took the opportunity. Luckily, after the training, I applied as a call center agent and I was hired immediately. I was hired as a telemarketer and receiving further training.

The first month was a bit of a challenge. I had to adjust to new work hours, the environment, and as I am not a native English speaker – speaking continuously in that language was a big adjustment. During that initial stage there were times when I felt like giving up… but all I needed to do was think about my beautiful wife and our soon to be born child and it was all worth it.

Soon, I was working full time and became a regular employee. After almost two years, I was transferred to the inbound department and there I was introduced to the virtual assistant campaign. I was initially trained for SEO related tasks and customer service, but was not limited to just those areas. I also performed tasks as a general VA such as calling and setting appointments, managing my client’s calendar, sending emails, and even maintaining a WordPress Blog. All of my hard work was recognised by management and I was promoted. I took on the role as team leader, responsible for a team of my own.

And as my career grew, so did my family!

My wife was pregnant with our second child when I made another big decision and left the company to look for further opportunities. After learning that I had left the company, a previous client I worked for when I was still in the company decided to hire me directly and allowed me to work from home. They offered quite a higher wage than what I was earning back at the company, plus the luxury of working from home and so I thought it was a great offer. I could spend more time with my family without sacrificing the work hours. After giving birth, my wife decided to join me and became a free lance VA too. My first client lasted for more than 3 years before they decided to venture to another business, and so we had to stop the campaign. After that, I had another client who I worked with for more than 7 years.

Now, I have quite a big family with five kids! And though we are doing well, learning and striving is constant. I know I still have a long way to go and much to learn, and I know I can make myself even better… and am doing that every day. 🙂

For a copy of Luijey’s resume please click here.